Stop Faking It. (They find out anyway.)

Brands fake authenticity all the time. Frankly, it’s offputting. So why do they do it?  Simple: “Authenticity” and “Transparency” have become very appealing commodities. Let’s review two examples from recent memory.

Fender and the Relic

What’s more exciting than playing guitar? Playing a guitar that looks like it has been played for 50 years… a guitar that has seen the stage, been dropped, scratched, abused. Having a beat-up guitar offers some instant street cred to the musician who holds it, even if they can’t play. Wear and tear is the visual evidence that an object has been around, even if the newly purchased object–hasn’t.

That’s what Fender has capitalized on over the past 5 years. While it was great that player after player was seeking out true relics from the 60s and 70s—vintage Jazzmasters, Strats and Telecasters—that second-hand market was doing nothing for the bottom line. However, magic happens when you break out a heat gun, a little torch and sandpaper and start intentionally aging a guitar.

These guitars are hard to resist, except for their price tag. A custom Fender relic can cost upwards of $4,000. That’s 4 times the cost of a new, blemish-free model.

Does the guitar play any better? Does fake authenticity help the player? Nope.

Remember the Volkswagen emissions scandal? It’s still going on. And yet, Volkswagen has found a way to romanticize their rebirth by comparing the United States collective obsession with space in 1969 with Volkswagen’s new mission in 2019: 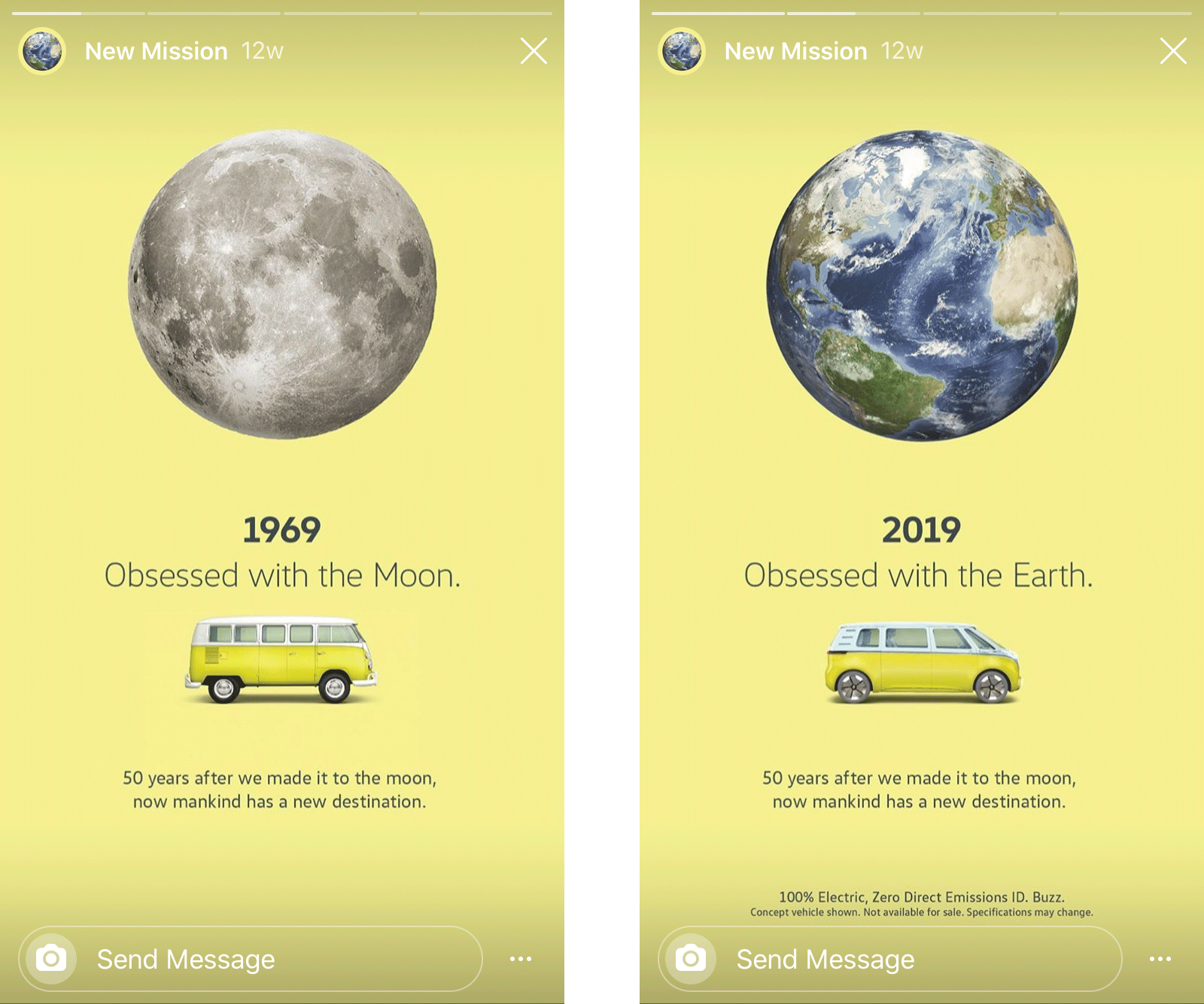 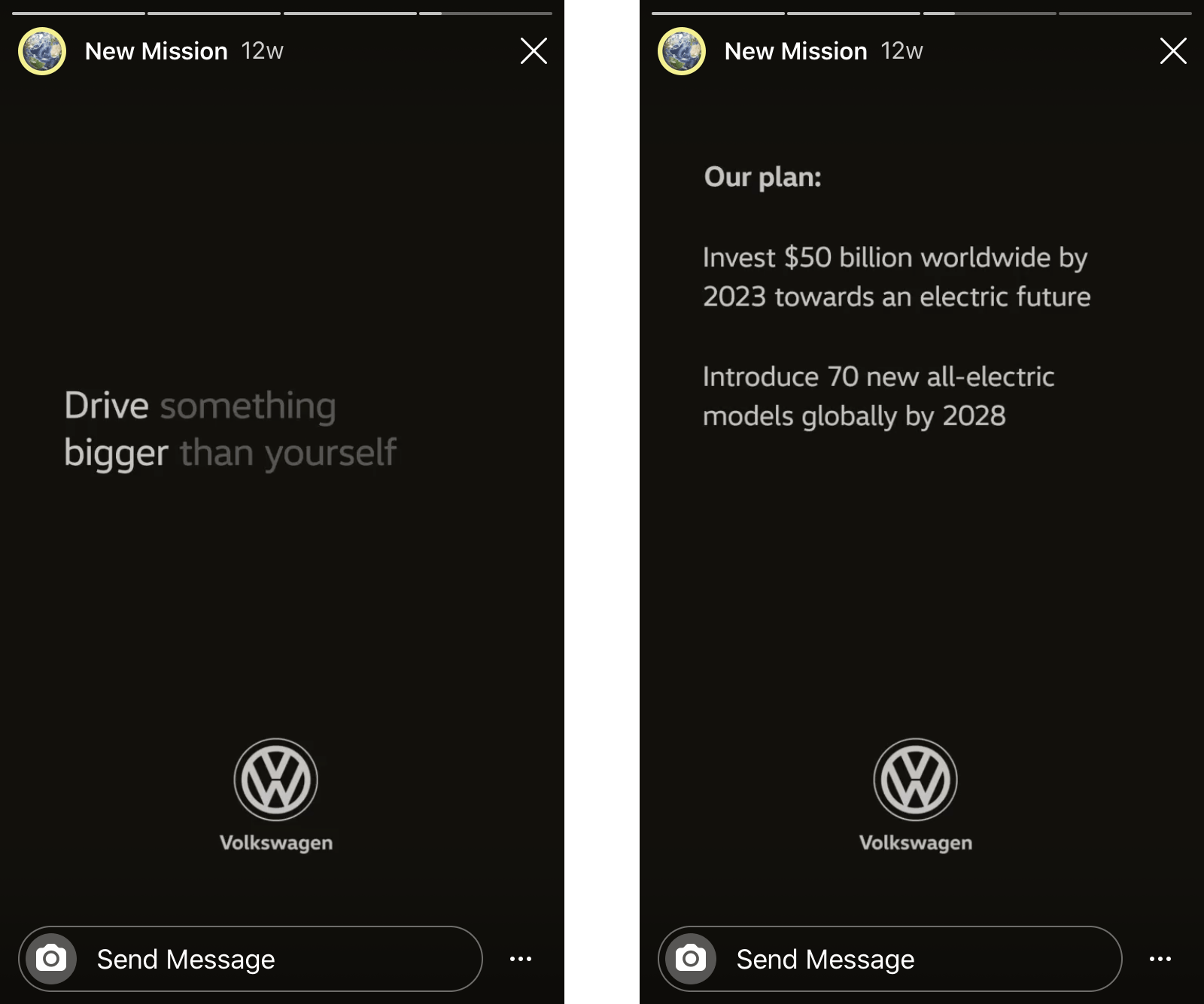 Smart marketing, right? Sure, but is it also greenwashing? It’s a question worth asking.

Don’t get me wrong, it’s great, really great, that VW is working on electric vehicles — and they have grand ambitions — but does a witty advertisement coupled with a beautiful commercial set to Bowie’s Space Oddity make up for years of environmental abuse? Consumers will decide.

Okay, so for consumers who have the money to plunk down on a fake, but really cool looking guitar, the Fender story isn’t a big deal. Fender is being transparent about how the guitars are made. Ostensibly, nobody is being taken advantage of…

Can we say the same about the VW campaign? You could say, “Good for them… they are moving forward.” Brands have to move forward. However, consumers aren’t blind and they certainly aren’t tone-deaf.

Remember the Kendall Jenner Pepsi ad debacle? Consumers are more concerned with ethics than ever.

What can VW and other brands really learn from Apollo 11?

There is a great story from the Apollo 11 launch, recounted by Andrew Chaikin*:

The lone technician who was working in there was startled—“Who are you? Get out of here.”—but once he understood that he was talking to one of the men who would ride this rocket, he was just as gracious as could be. He said to Mattingly, “You know, I can’t imagine what it’s going to be like for you. But I can tell you this: It won’t fail because of what I do.” Mattingly realized the reason Apollo worked at all was because thousands of people had said to themselves, “It won’t fail because of me.” From that moment on, Mattingly had taken that statement as his credo. He’d told himself as launch day grew near, and then, lying on his back in the command module, just before the engines lit, It won’t fail because of me.

“It won’t fail because of me” has become a mantra at NASA.

Imagine if Volkswagen had adopted a similar mantra. Dieselgate may have never happened.

And we, as consumers and ethical marketers, wouldn’t be rolling our eyes at another overly cinematic commercial that invokes green movement principles to help us forget something that shouldn’t have ever happened.

The lesson is simple: embrace a high ethical standard and be transparent about it. Avoid fake authenticity, greenwashing and wokewashing at all costs. Your brand will be stronger for it.

Are you a fan of Volkswagen? We talk about VW’s evolution via the lens of television commercials on our podcast episode: The Design of Experience | Let’s Talk About Volkswagen.

* A Man on the Moon: The Voyages of the Apollo Astronauts