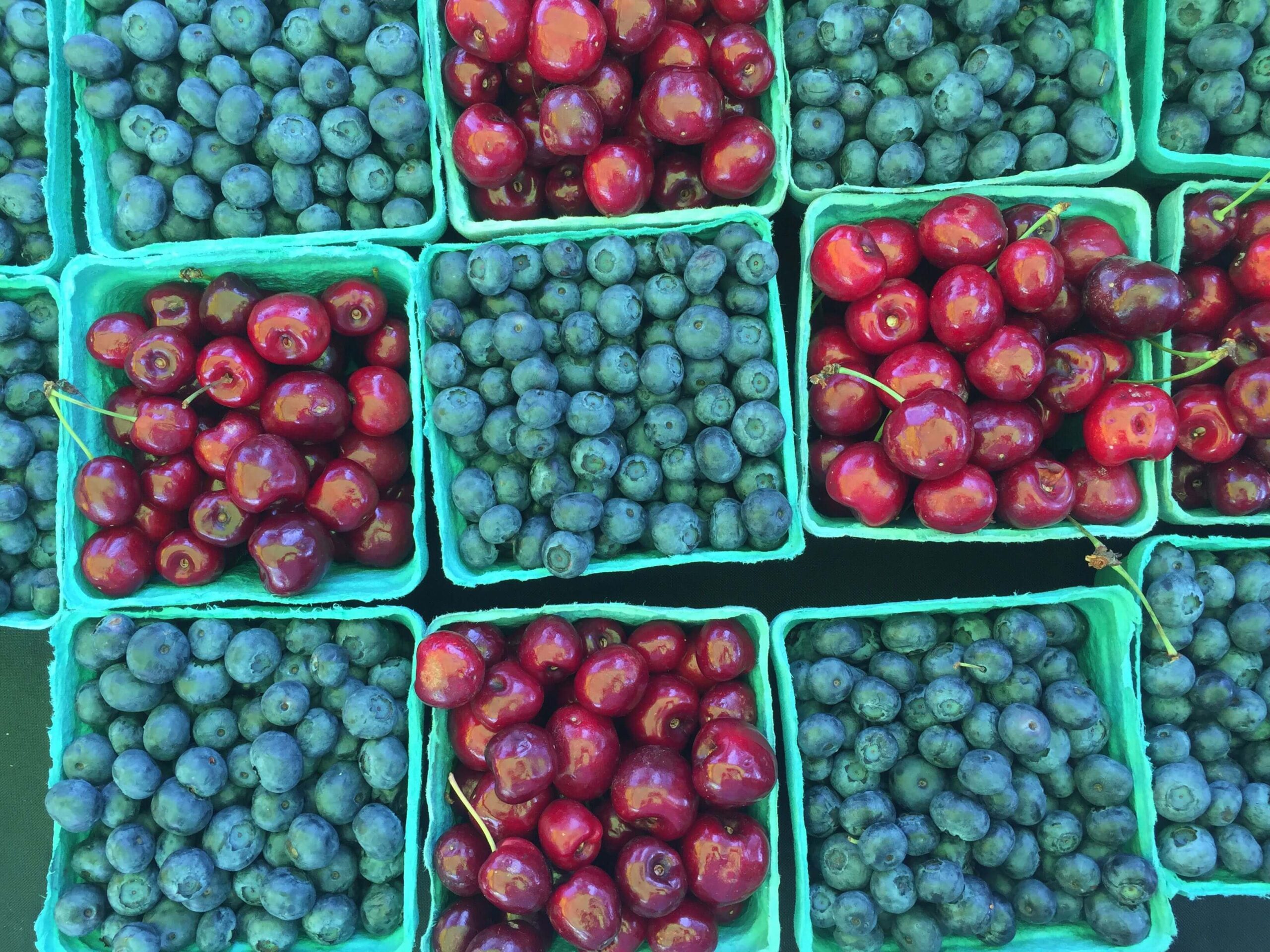 As part of our ongoing employee spotlight series, Fifteen4 will be profiling the employees in our office who inspire us. Today, meet Web Designer Emily Wolf.

Office food can be a crapshoot. When a platter, bowl, or loaf of something shows up in the common area, its origin, status, and intentions are always questionable: Sandwiches that survived a client meeting, fruit lingering in the fridge after a staff breakfast, a few loose candies from somebody’s pockets. What is it? Why is it here? What does it want?

Even with a roaring stomach, it’s fair to ask questions. Unless, of course, web designer Emily Wolf is sitting next to it.

This isn’t the first time Emily’s banana bread has appeared in Fifteen4 without warning. Yesterday, a similar loaf was offered to breakfast-skippers as they arrived in the morning, too.

Unlike most office food, nobody asks Emily why or how the bread was made (“I have like 30 frozen bananas in my freezer right now, and they really need to get used”) or what’s on top of it (“They’re Ghirardelli chocolate chips, 66% cocoa. Or is it ‘ca-cao?’ I always forget”), because if Emily made it, they know she didn’t just make it.

They know she thought about every ingredient, considered how it would go with the others, what the end result would be, and how it would all come together. She tapped into her sense of exploration, her belief in nutrition, and her self-proclaimed foodie status to deliver the physical embodiment of one her core beliefs:

“Eating is really fun,” she says, “and it’s sad when eating is over.”

Emily’s goal is to get it all right; the process, the answer, and the impact, whether that means spearheading a project for Fifteen4’s blog or emptying her freezer of bananas. Her culinary routine is born from passion for food, sharing, and the repeated combination of those two things. It’s no surprise that’s how she looks at her work, too.

“In web design, you can do things in a really hacky way and get away with it, and I didn’t want anything to do with that,” she says. “I want to be taught how to do it the right way.”

In web design, you can do things in a really hacky way and get away with it, and I didn’t want anything to do with that.

“I have this theory that you can tell what you really should be doing — maybe not ‘should,’ I don’t like that word — but like, what comes naturally to you, if you look at what you were doing between the ages of five and ten. If kids are just sitting there, and they get to choose what they want to do and play with, they’ll just do that makes sense to them. So between the ages of five and ten, I was drawing house plans and building cities out of cardboard from the trash.”

When you look at the About Us page on the Fifteen4 website, there’s only one person with an open-mouthed smile; who appears unable to prevent a smile from becoming laughter.

“You can’t help if something makes you happy,” Emily says.

Plenty of things make Emily happy, from sliced oranges to sweet potatoes, but nothing gets her pistons firing like a blast of endorphins. This becomes apparent when she’s teaching Fifteen4’s CEO yoga poses or performing shoulder stands as a show of dominance.

“I go to the gym because it helps me stay positive,” Emily explains. “And not like, ‘oh gosh, I didn’t go to the gym today.’ It’s more like, ‘I didn’t go to the gym, so I didn’t get the endorphins flowing. I didn’t think outside myself. I didn’t do anything disciplined to make myself stronger.’ I like working somewhere like Fifteen4, where I can at any point do some yoga poses. If I want to stay positive through stuff, I gotta keep working out, keep eating well, because I want other people to feel joy or feel better about themselves while I’m around.”

She points a finger at the author. “So I workout for you.”

It could be argued that everything Emily does–from her job, to the baked goods, to the workout routine — is for other people. And that would make sense, given how much she missed other people at her last job, when she was working from home.

“I didn’t realize how much I had died socially, because when I came to work here, I was like, ‘oh my gosh, I feel so alive again!’” she says. “Plus, I can make more banana bread, and there’s more people to eat it.”