As part of our ongoing employee spotlight series, Fifteen4 will be profiling the employees in our office who inspire us. Today, meet Graphic Designer Kristen Mallory. 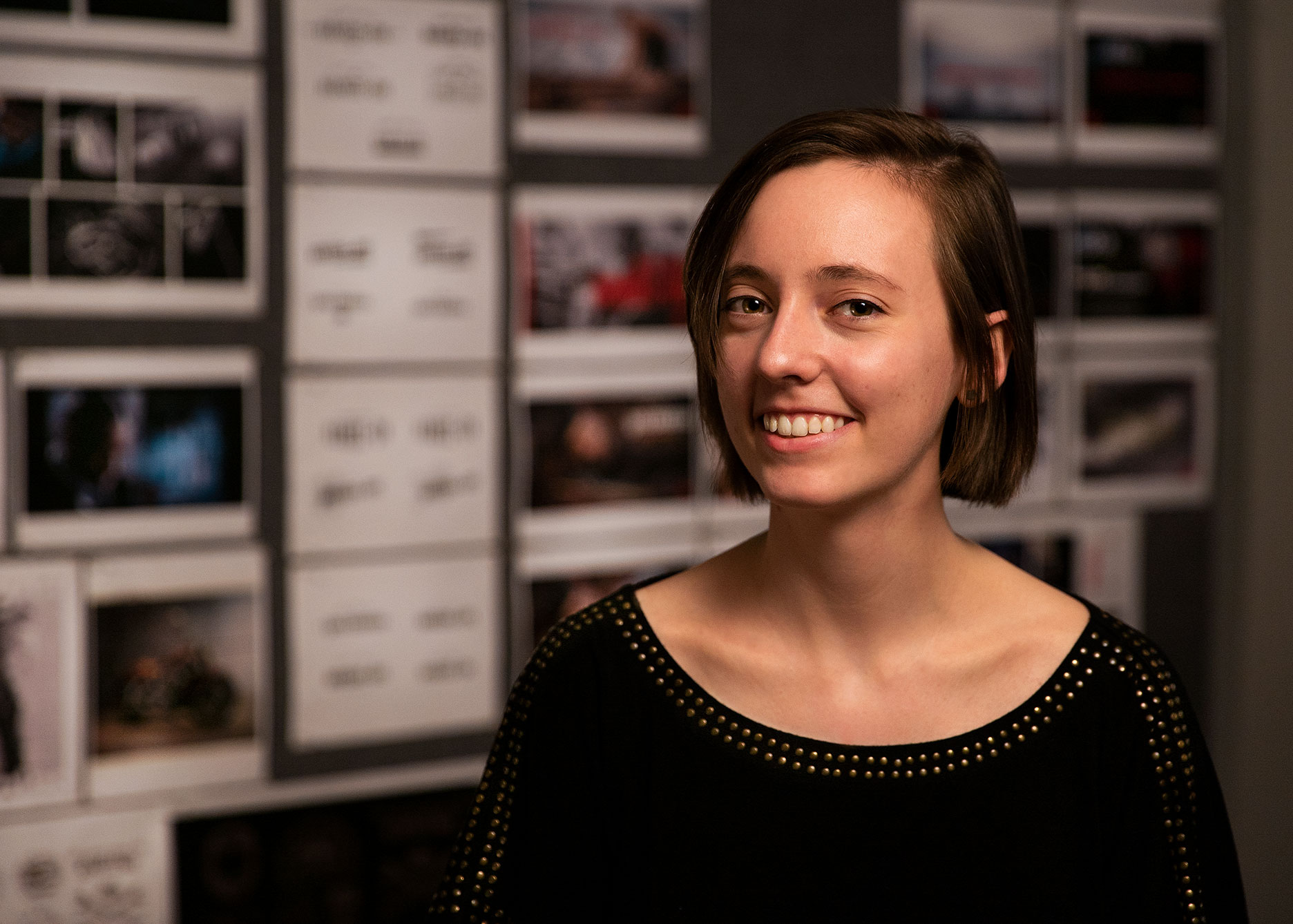 Anyone who chooses a career path in storytelling has heard “Show, don’t tell,” come from the mouths of professors, colleagues, editors, and mentors: Squeeze that page into a paragraph, that paragraph into a sentence, and that sentence into a word. Get the most from every part so that the whole is as strong as it can be.

In storytelling, images can do the heavy lifting—especially when you’re (sigh) showing and not telling. Fifteen4 graphic designer Kristen Mallory keeps that in mind on every project: Behind every image is the story of how it got there, pieced together by its components—its color, its shape, its placement, its contrast, its focus, its hue, its size. Everything has a role to play.

“To some degree, I’m always thinking about that,” Kristen says. “When I’m laying out an advertisement or even something like a banner ad, I’m trying to think about which imagery to use, what is that saying about this company, what is that saying about this topic. Is it the photograph? Is it the type? Does that need to be emphasized? What is the most important element that’s going to tell this story, even if it’s not obvious that it is a story?”

What is the most important element that’s going to tell this story, even if it’s not obvious that it is a story?

Like every image in her work, Kristen has a story behind her, as well. Homeschooled in Rockville, MD, she let an interest in drawing and painting since she was young lead her into a graphic design class in high school.

“I like to tell very imaginative or conceptual stories,” she says. “I grew up reading a lot of fantasy and science fiction, so stuff that sparks the imagination and gets the mind going is the stuff that draws me in.”

Genre classics like Ender’s Game, Redwall, and the Chronicles of Narnia opened up vast worlds in front of her, through which traveled young star pilots and warrior mice. Each tale was a knot of narrative threads satisfyingly unwound by their ending; each character had a sweeping epic behind them. Spacefaring, sword-wielding, and wardrobe-entering narratives became a natural element of Kristen’s creativity.

“I’ve toyed with the idea of doing a graphic novel someday,” says Kristen. “Not quite ready to undertake that endeavor yet, but I’ll create stories in my head, and then I create characters and environments to go with that story. It’s helpful for me to have a creative outlet that’s a little bit different from design; I find that there are concepts that relate to both fields, even though they feel pretty disparate. I think that helps me be a more well-rounded artist.”

It’s helpful for me to have a creative outlet that’s a little bit different from design; I find that there are concepts that relate to both fields, even though they feel pretty disparate.

Not every client allows for the opportunity to inject fantasy and sci-fi elements into her work, but that’s the point of being well-rounded: To stay motivated by your passion, wherever it’s being channeled. Every image tells a story. Or—if you’re telling it right—it’ll show it.

“I really liked working on the Fat Apple brand identity at Fifteen4 because it was one of my first opportunities to really explore branding and develop that,” she recalls. “I had a blast trying to come up with different ways to communicate the concept behind that brand and express it.”

From the snow-covered hills of Narnia, to the outer reaches of space, to Fifteen4’s office in an old Hampden bowling alley, Kristen continues to show that every story, including her own, is the sum of its parts: “I like being able to work with different departments, with a team,” she says. “You feel like you’re part of that bigger whole.”