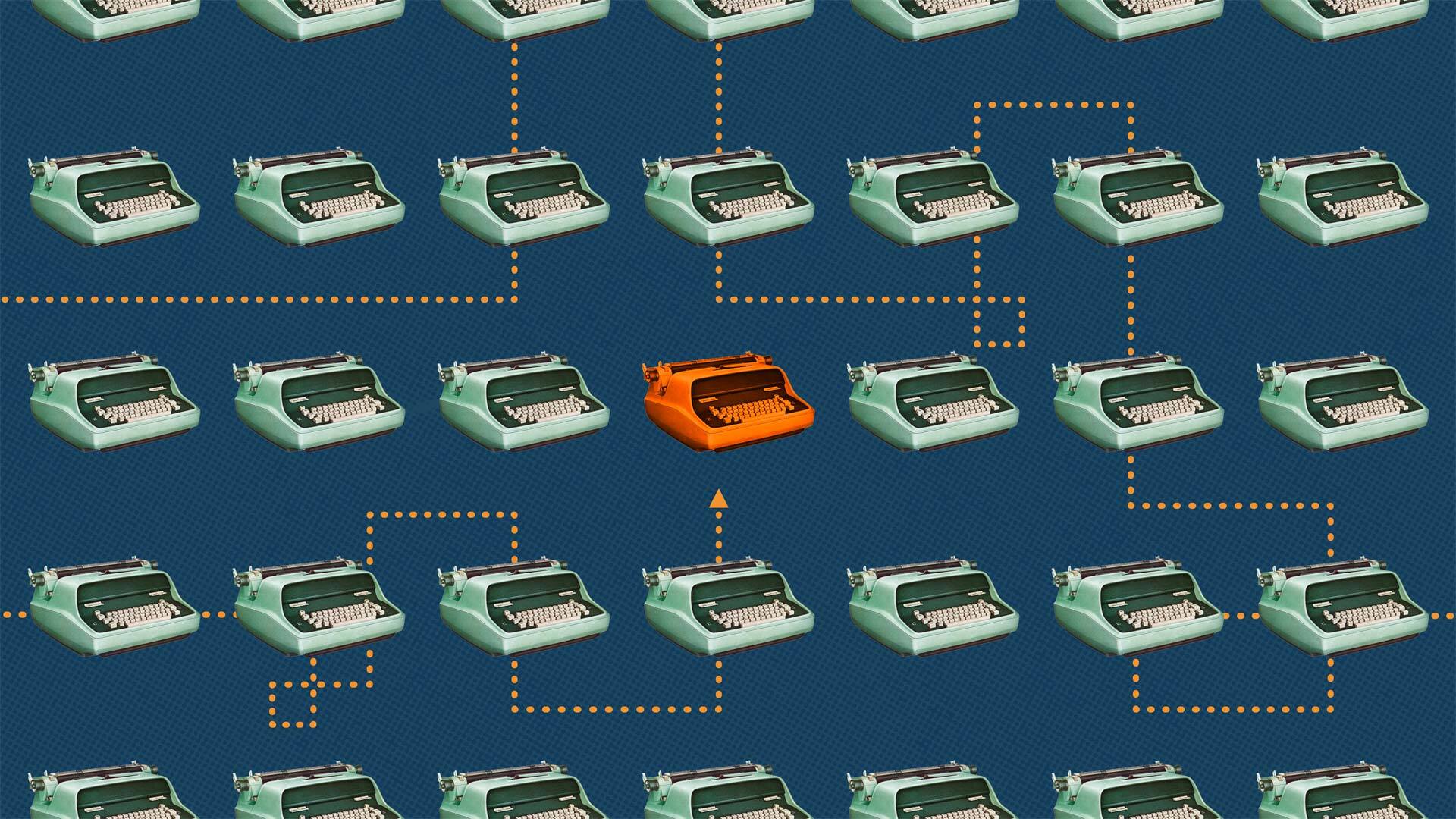 Feedback. It’s part of every creative process, and in the early phases, that means copywriting. In between rounds, everybody stands over the script and cross-talks about what they do and don’t like, and in the end, the writing improves (theoretically). It’s the nature of collaboration: You write, they edit, you rewrite, and the whole thing gets closer to what everybody wants. But sometimes, feedback catches you on the wrong day: Maybe you’re already overwhelmed, stressed out, or focused on an entirely different project. For whatever reason, you just don’t have the right headspace to address the idea that you didn’t nail it on the first try, and now there’s a million little comments, critiques, thoughts, suggestions, corrections, questions, and corporate passive-aggression to remind you that you’re not nearly as good at this as you think you are.

Writers are mysterious creatures, seeking windows out of which to stare and isolated cabins in which to go mad. We hope to die mysteriously, our life’s work discovered under the floorboards and published posthumously to universal praise.

The point is, when writing, it’s easy to isolate yourself in one way or another. Perhaps that remoteness is exactly what you need to finish that 850-page steampunk novel set in a sprawling world of hardened warriors and mechanized dragons.

But in marketing, you work with a concept commonly referred to as “other people.” This is a good thing. Every project is a collaborative effort, and while a lot of voices passing judgment on your work, sometimes right in front of you, isn’t always the most fun way to spend an afternoon, it is the best way to make your copy better. And isn’t that the goal? Yes, it is. Stop trying to climb out the window. There’s no cabin out there.

Feedback is the best way to learn to work as a team, whether that’s with your in-house colleagues or a client. When you start in a new office, you don’t know exactly how everyone works together. Your first submission and review can be an eye-opening experience as you learn how people operate: That person gives lots of notes. This person mutters his feedback instead of writing it down. That person definitely didn’t read it. This person uses a lot of emojis. And so on. But once you know what to expect from your team, then you know how they can help your work improve. And that might… potentially… make it easier to receive feedback from people who aren’t on your team.

Uh oh–there it is in your inbox. You’ve got client feedback to review, and they want to know when you can have the next draft finished.

The clock is ticking, and not just the one you always hear in the back of your head.

Feedback is not an insult. It certainly can be, but if somebody is literally insulting you in their feedback, then they are the problem, not you. If you find yourself confused or enraged, simply ask the person providing the feedback in question to be more specific. Specificity, examples, expansion–they clear up everything. And if somebody can’t get more specific than “It just doesn’t feel right,” then you can ignore their feedback, because they don’t know how to give it.

Okay. You open the document and see six different people have weighed in.

Take a second. Stretch that second into a moment. Adjust to living in a world where this feedback exists. After several minutes, it won’t be new anymore. It will simply be part of your experience.

I mean, what did you think? That you had just Hemingwayed through a thirty-second video script? That the client had read it, mouth agape, and fallen out of their chair, flabbergasted by your writing skill and depth of knowledge on their product? Look at you. You’re not so great. How many rejection letters have you gotten in your life? Tons. And your opus, that 850-page novel, it’s just based on an idea your cousin told you when you were giving him a ride home from film school last year. And he had just flunked out. Of film school.

Wait, no, sorry–now you’re spiraling. That’s another thing. You can’t let one negative bit of feedback or suggestion topple everything you believed about yourself before this feedback existed. You’re good at what you do, and thanks to this feedback, you’re about to get even better. Understand that this isn’t a finished product and likely won’t be for some time. It’s a fluid document. They all are. A good writer is always open to change. And a great writer actually believes that.

It’s hard. But once you’ve taken that moment and walked around the block, shotgunned a beer on your porch, and/or scrambled up a tree like a startled animal, you are going to come back to your desk, look at the feedback, and realize that it’s not so bad. And once you’ve incorporated it, not only is the copy better, but it’s closer to what everyone wants. You’re a team player now. Isn’t that nicer than boarding up the windows and doors of a cabin so that even the daylight can’t get to you “with a few additional thoughts”?

So it’s time to own it: It’s your feedback now. Take it, read it, accept it. Now you don’t have to be afraid of it. It’s yours. You’re not afraid of anything else you own, are you? Your softball bat? Your filthy laptop? Your terrible old cat that your sister gave you when she went on vacation and has yet to retrieve? Well, yeah. You are scared of the cat, but he’ll be dead soon. The point is, you own this feedback now. You’ve absorbed it into your writer’s brain, and now it’s just something you need to address.

Here’s an idea: Find the hardest part, the heaviest lift, and tackle it first. Wherever it says “This is a total miss” or “We don’t do this” or “No” or “What?” You will be amazed at how easy the rest of it seems once you’ve figured that part out. It still might look like a lot, but then you see that one of their comments is asking someone on their own team a question, and another one is just a request to use a different word they prefer, and another one is just a response to that question somebody else asked.

Now’s a good time to remind yourself that the feedback, and any of the overly harsh or intensely vague comments, aren’t about you. They’re about your writing! Wait, that makes it sound even worse. Think of it this way: When a professional athlete gets booed, the fans aren’t booing the player themselves (most of the time). They’re booing the event that has happened on the field/court/pitch. And you’re not even being booed right now; they’re just saying what you could do to make your work better, because that’s everyone’s goal.

And you know what? You’re a professional writer. You do know what you’re doing. If somebody pompously suggests with the least deserved confidence in the world that “innovation” is spelled “innovashun,” you can recommend that they not go forward with that suggestion, because it’s insane, and you are, after all, an expert. They can trust you. They should trust you. And right now, there’s no reason to think that they don’t.

There you go. Not so bad. And also, look at that—the heavy lift you pulled off made the whole thing better, and inspired some adjustments elsewhere in the copy. Which makes sense. The client knows their product better than you do, probably. That’s good feedback!

You did it! Teamwork! Collaboration! Synergy! Not so bad, right? The client only has a few more thoughts and everyone is impressed by how quickly you turned those edits around—and you maintained your dark, mysterious aura without having to disappear into the wilderness.

Now, it’s the end of the work day, and you can pour yourself a victory drink and get back to answering more important questions, like: How do mechanized dragons procreate?